We provide in-house training and consulting services for competitive advantage 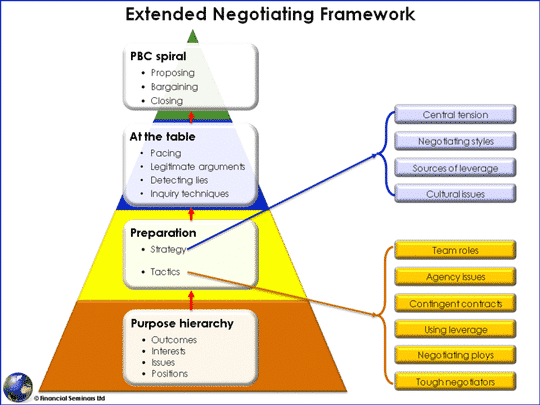 This workshop is intended for M & A negotiators with a certain amount of experience, and addresses some of the softer (i.e. harder) issues in negotiations, with the emphasis on preparation and group (or multi-party) negotiations. We use an extended negotiating framework (see above and  documentation below  for a downloadable version).

Participants use the wiring process to prepare for a multi-party negotiating case study where they are split into 4 stakeholder groups (management, seller, PE house and bank) to negotiate a private equity deal for the sale (and rescue) of a steel company. Each stakeholder group has different objectives ... and information.  This case study has been run many times throughout the world over the past few years. 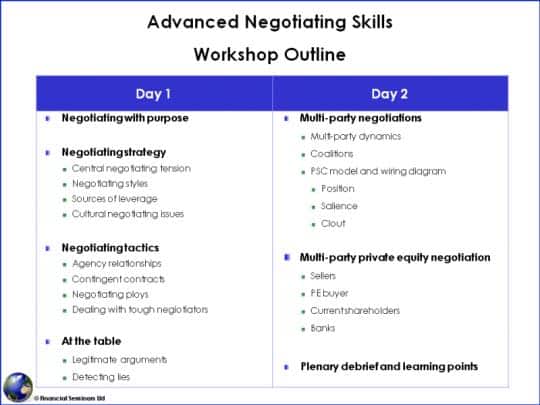